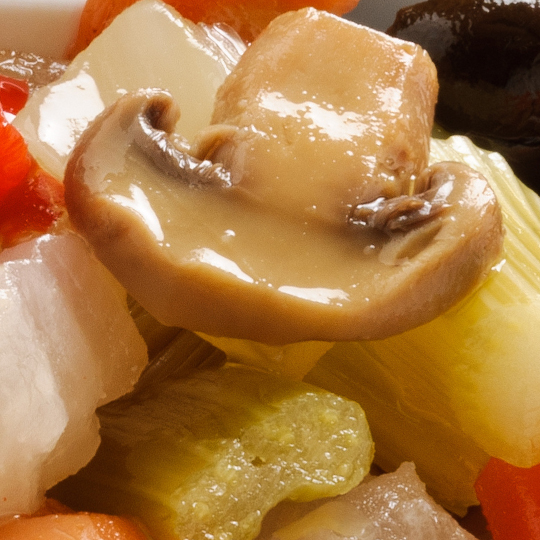 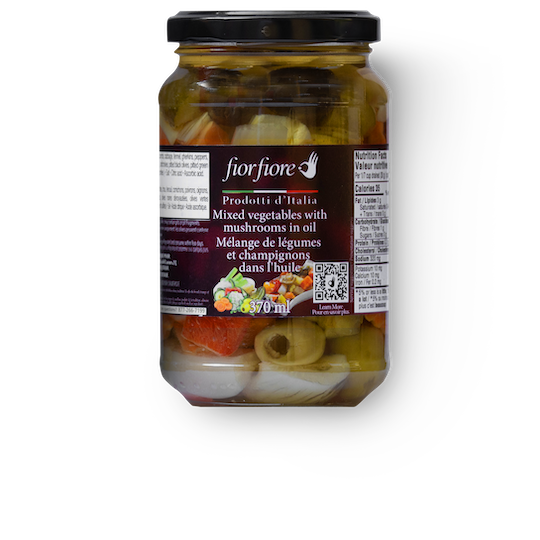 Mixed vegetables with mushrooms in oil

Preserved vegetables are a key element on the Italian dinner table. Made following the traditional recipe, this mixed appetizer allows you to enjoy the texture and taste of typically seasonal vegetables throughout the year.

It has many uses. It can be served as an appetizer, accompanying meats and cheeses or used as a side dish for meat and fish main courses.

A perfect mix of onions, carrots, artichokes, olives, cucumbers and mushrooms that brings imagination, joy and flavor to the table. 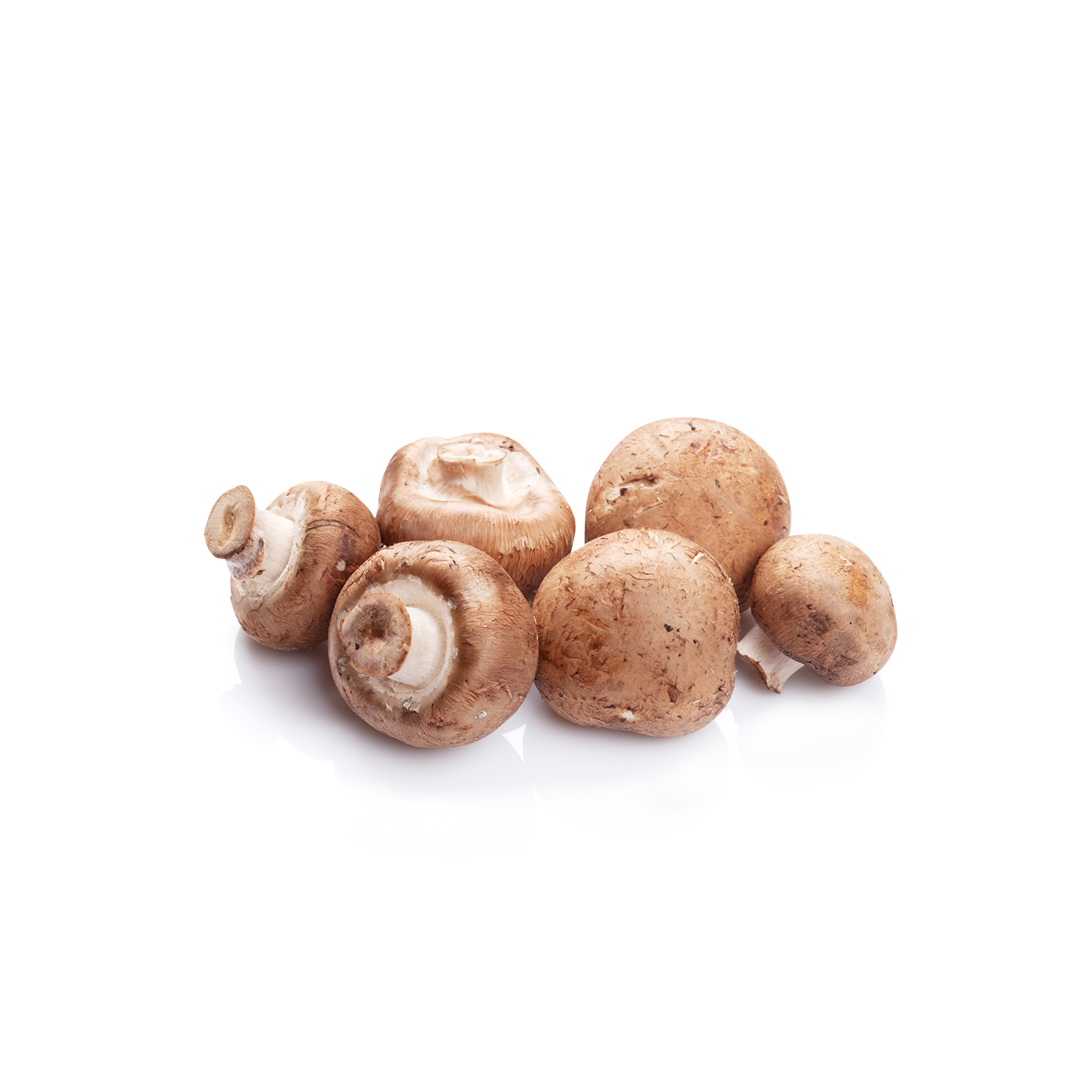 The appetizer is usually the most delicious and fun food to have. It is the one that has given more vent to the creativity and fantasy of chefs. The term appetizer in Italian is antipasto, which derives from the Latin "ante-pastum", with which the ancient Romans indicated a series of simple, light and easy-to-prepare dishes that preceded the meal. In addition to initiating the "convivium", they also served to stimulate the appetite, featuring vegetable crudités accompanied by various sauces, or candied fruit, especially figs.

In the Middle Ages the appetizer fell into disuse until the sixteenth century where, on the tables of wealthy Italians (and immediately followed by the French too), an art was developed and chefs competed to create delicious dishes.

The appetizer was also in use among poor households: popular Italian creativity developed a series of recipes, mostly using seasonal vegetables or recycling the ingredients of the day before, for example dry bread in bruschetta.

Today, in Italy, each region has its own typical appetizers. There are many types of them from north to south, from simple to sophisticated, each with the traditional ingredients of its territory. 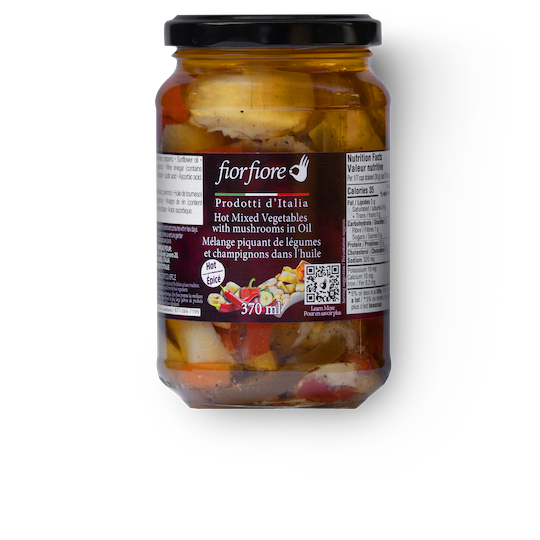 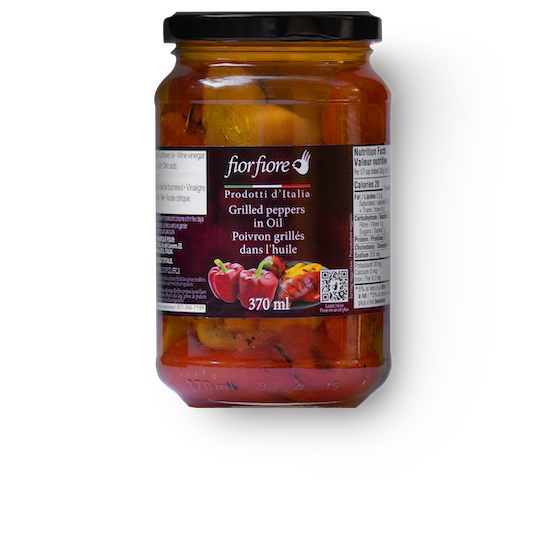