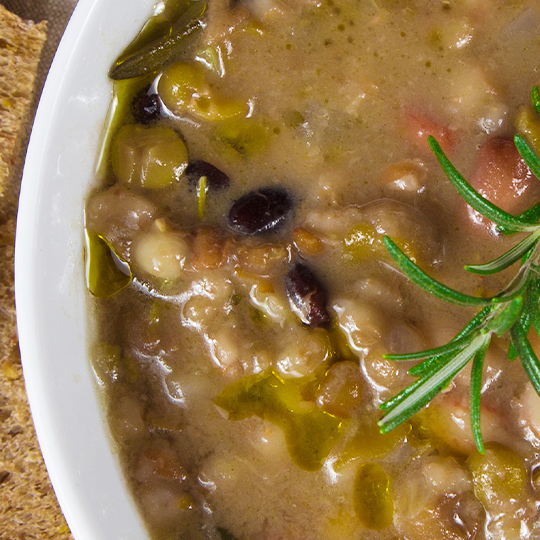 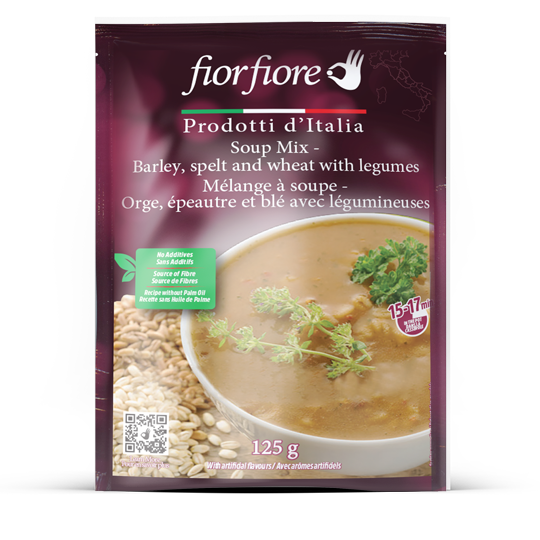 On a cold winter’s day, nothing beats a hot, nutritious and lower calorie dish to kick back and recharge your batteries. Grains add a real hearty touch. A traditional northern Italian recipe that’s very simple, filling, and good for the waistline. During the other seasons of the year, this dish can be enjoyed at room temperature: how’s that for practicality! Ready on the stove within minutes, and free of additives or palm oil. High in fibre, it’s ideal for vegans. 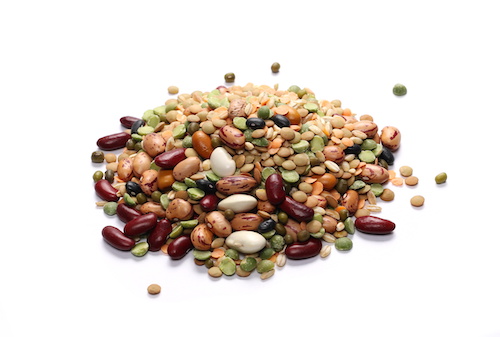 Pour the pouch content into a pot with 780 ml (3 1⁄4 cups) of cold water.
Bring to boil without lid, stirring occasion- ally.
When water boils, cook uncovered for 15-17 minutes. Adjust with salt, pepper and extra virgin olive oil as you prefer.

Soup comes from the Gothic word “suppa”, meaning slice of soaked bread. In the Middle Ages, the nobles used large pieces of bread instead of plates, and all the leftovers would go to the servants once they had finished their meals. The servants would boil the leftovers in a pot with vegetables and water to make a soup! Therefore, soup and minestrone were working-class food.

Over time, by using fresh ingredients such as pasta and legumes, they've become simple and nutritious dishes, warming body and mind: there's nothing better on a chilly day! Fun fact: the first full sentence uttered by a very young Albert Einstein was, “The soup is too hot.”

His parents were amazed at his complete sentence and asked why he had never spoken until then. The little genius replied, "Because everything has been fine thus far!” 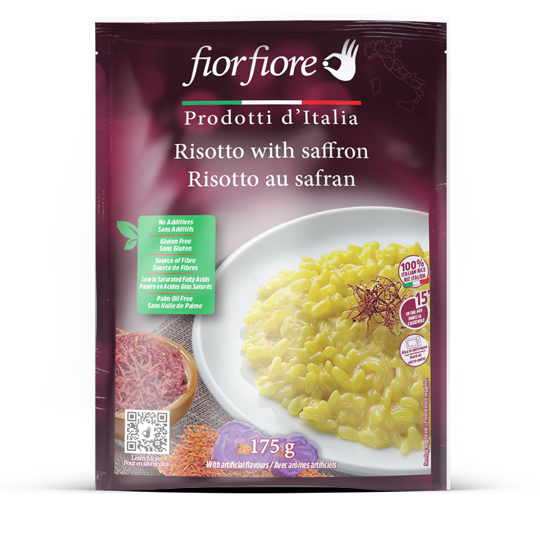 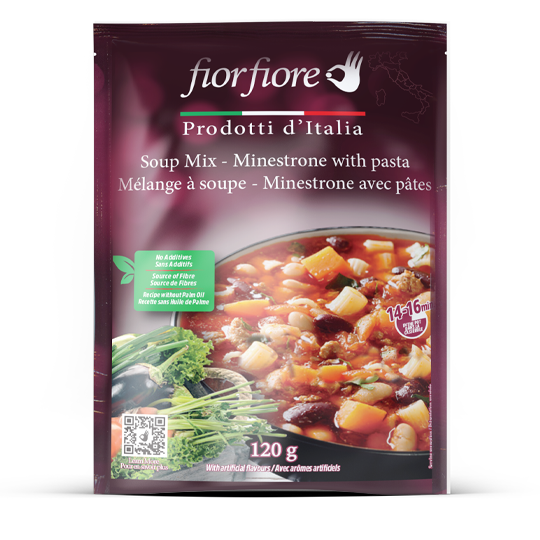 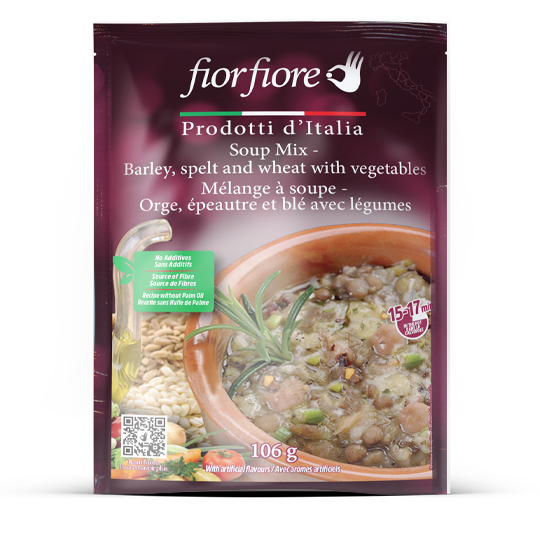